In 1928, Helwig Carbon Products, Inc. was founded by Walter O. Helwig in an effort to serve the carbon brush market with quality products and competitive pricing. A man of uncompromising standards and earnest ideals, Helwig conducted business practices under the motto, “The customer is the boss.”

Helwig began his career at Speer Carbon in St. Mary’s, PA; however, disappointing deliveries forced Helwig to venture out independently. With some initial investment from his wife, Adela, the two formed Helwig Carbon. Due to Helwig’s rapport with the Wisconsin Electric Power Company, he quickly developed a loyal customer base in the Midwest.

In the mid-50s, Helwig hired local representatives and established distributors in Minneapolis, Denver, Salt Lake, and Portland. After WWII, the company moved into a larger building on North 30th Street in Milwaukee to accommodate demand and a rising workforce. Helwig Carbon further established its reputation through innovative product enhancements like the Multiflex Brush, transert brush, and the patented Red Top Brush – now an industry standard.

As the company’s success grew, the need for an efficient order entry system increased. In the mid-70s, John Koenitzer devised a part number system that supported the identification and computerization of the order entry process. Helwig Carbon was now able to accommodate small orders, which became an integral part of their future success.

In October of 1985, Walter O. Helwig, a great entrepreneur and benefactor, passed away at the age of 85. In the office two days prior to his death, Helwig continued his commitment to providing quality products and service to his customers. In February of the same year, Adela also passed away and settling the estate became a priority for Helwig Carbon.

In 1988, Helwig Carbon purchased a 10-acre parcel on the northwest side of Milwaukee to adapt to increasing demand. A 100,000-square-foot state-of-the-art manufacturing facility with an on-site cafeteria was constructed. During this time, Helwig Carbon established itself as a reputable brush holder manufacturer. Pioneering research using constant force springs had refined the quality of Helwig’s brush holders. The constant force design offered superior performance and dramatic improvements in brush life. Customization in combination with fast delivery service had increased customer satisfaction.

In 1999, Helwig Carbon built a 35,000-square-foot addition to their current facility to accommodate their growing brush holder and pressed-to-size business. Along with the addition, Helwig built a state-of-the-art training room to further employee development and satisfaction.

Helwig Carbon continued its commitment to employees and customers by becoming a partially employee owned company in 2015.

Save time by ordering your parts in our online store. 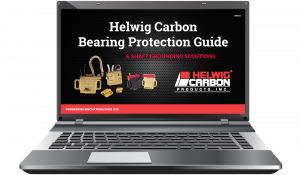 We use cookies to improve your experience on our website. By closing this banner or interacting with our site, you acknowledge and agree to this.